Bakar – An Extraordinary Secret of Kvarner

Located in the immediate vicinity of Rijeka, Bakar is a well kept secret of Kvarner, long hidden in the smoke of the industry. The town, with its rich and turbulent past, was completely isolated and eradicated from the tourist routes. For decades it had a reputation of a place to be avoided due to air and sea pollution, a place not worth visiting. As a consequence, its rich historical heritage remained completely unknown.

With the departure of the industry – only the bulk cargo terminal remained – Bakar, thanks to the City of Bakar Tourist Board, started to move in small steps away from tourist isolation, and became a true revelation for many who had so far circled it. Countless stories are waiting to be told and turned into a myriad of reasons for coming to a town proclaimed by Empress Maria Theresa a free royal town. At the turn of the 19th century Bakar was the largest city in Croatia(!) and impregnable both to Venetian and Turk onslaughts. The first Maritime School was founded in Bakar, where our renown scientist Andrija Mohorovičić taught. Bakar can boast the oldest mareograph in the Adriatic and the monumental church of St. Andrew, with a crypt and catacombs, that still has the status of a co-cathedral (the third in size after Zagreb and Đakovo) in which the bishops resided during the Turkish threat.

The Bay of Bakar, whose amphitheatrical shape matches the pattern in which the stone houses of the old town were built, is watched from above by another remarkable building – the Frankopan Castle, whose interior conceals an entire labyrinth of rooms where the history of this celebrated family will be revived with time. Nearby are the Turkish and the Roman House that guard fascinating stories about their origins. The list of reasons to visit Bakar goes on: tradition of seafaring in Bakar and its captains who used to take Bakar’s baškot, a dry bun that became the original souvenir of the town, to their long distance routes; still alive tradition of the Bakar Town Guard – a piece of revived past; and the natural heritage reflected in widely known drystone walls without which there would be no Bakarska Vodica champagne; a unique karst phenomenon of a lake that keeps appearing and disappearing in nearby Ponikve, and the fact that the 1528 meter-high Risnjak National Park is located just in the area of the City of ​​Bakar.

A number of smaller places, reachable via marked bicycle routes offering unforgettable views of the Bakar and Kvarner Bay – Hreljin, Zlobin, Praputnjak, Krasica, Škrljevo and Kukuljanovo, are under jurisdiction of the City of Bakar. 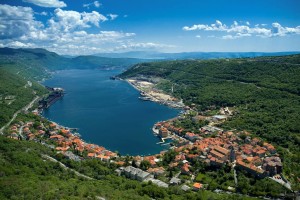 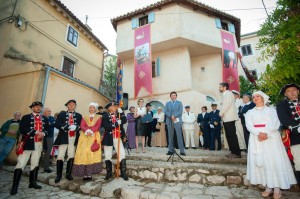 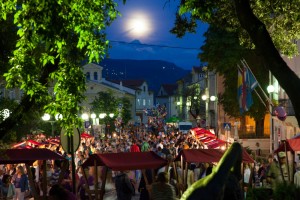 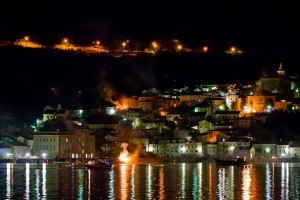 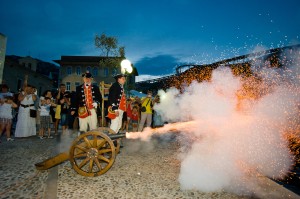